Want Your Ex Back? Watch My Free How-To Video »
Home > Articles & Videos > Get Your Ex Back > Why Your Ex Girlfriend Is…

Is your ex girlfriend sending you mixed messages?

Does she seem sweet and friendly one day, and cold as ice the next?

It’s more common than you think.

I get emails every day from men saying that their ex is sending them “mixed messages”. 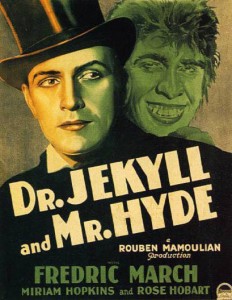 They’ll say, for example, that one day she’ll be “super affectionate” but then suddenly respond in one word answers–or not at all.

What gives? Is your ex girlfriend a modern-day Dr. Jekyll and Mr. Hyde? Is she trying to play mind games with you? Does she just enjoy messing with your head? Does she want you back? Or is it something else?

Why Your Ex is Sending Mixed Messages

So first of all, we need to uncover why your ex girlfriend is sending you these weird mixed signals. It’s probably driving you insane, right?

One day you’ll be on cloud nine because you heard your ex girlfriend say the words “I miss you!”

But then a week later she’ll begin ignoring you or cancelling plans you made to go see a movie. As a result, your hopes and dreams are shattered.

But what your ex girlfriend is most likely not doing is playing games with you on purpose. Unless she’s a sociopath or just sadistic, your ex girlfriend isn’t purposely trying to take you on an emotional roller coaster ride. If she is, then you probably don’t want to be with that kind of girl anyways, right?

Remember: women are extremely emotional creatures. So if a woman is in a good mood, her decision-making process will be positive. However, if she’s sad or depressed, chances are her behavior will be negatively affected by this. Yes, men are the same to an extent as well, but the effect is more prevalent in women.

What Her Mixed Messages are Saying

If a woman decides to break up with you (and I’m going to assume that in your case, it was her decision), then there was clearly an emotional reason for her to do this.

Along the same tangent, if you want to win a woman over, you have to change her emotional state from a negative one to a positive one. There are certain things that you can do to achieve this.

Now, I don’t want this article to sound overly scientific… after all, a relationship shouldn’t be about science; it’s about chemistry and love. But if your ex is sending you these really strange and mixed signals, then one of two things is happening. 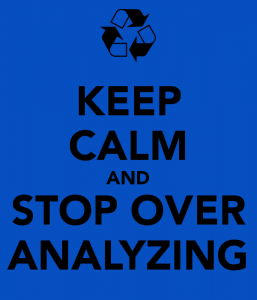 1.)  You’re “overanalyzing” your situation with your ex and misinterpreting her signals.

Sometimes men will give themselves false hope. They’ll take the glimmer of something innocuous that their ex has said and transform it into a huge ray of hope.

It’s possible, but highly unlikely. Don’t fall into this trap. If you think your ex is sending you a positive message disguised as something else, then think again.

Chances are she probably isn’t trying to send you a message at all. This over-analysis is dangerous and can lead you down the wrong path to getting your ex back.

Instead, ignore these signals. If you think your ex girlfriend “may or may not” be trying to tell you something, then the only logical thing to do is to just avoid thinking about it. In the unlikely event that she is trying to rouse your emotions and provoke you, then she’ll be more attracted to you once she realizes that her tactics aren’t working at all!

2.)  Your ex is on the fence and might be regretting breaking up with you.

We’ve all been there–you know you made a huge mistake and you regret breaking up but you just don’t know how to fix things.

While this is a definite possibility, don’t get your hopes up. If this is actually the case, then don’t rush to your nearest phone and call her up begging for a second chance.

No, doing so will push her further away from you. You can’t say anything to “convince” your ex girlfriend to fall back in love with you. 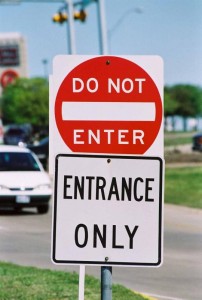 If your ex girlfriend is truly on the fence, then vanishing from her life is the best way to convince her to come back. How? Because vanishing will let her know how much you meant to her. And it will make her miss you.

This is called the No Contact Method and I recommend it for just about every person looking to get their ex back. It’s all about rebuilding your ex’s attraction for you, and that begins with your absence.

So regardless of what mixed signals your ex girlfriend is sending you, all you need to know is that you should be living your own life only.

You should be  concerned only with yourself at this point. Instead of going on Facebook and reading her status updates and checking out her new photos, go out with your friends and date other women.

Have fun. Improve yourself. Doing these things will make you appear much more attractive to her and to others than begging and pleading for her to change her mind about the breakup.

Still confused? Find out what your chances are of getting your ex girlfriend back – just take this free interactive quiz on my website. This science-based quiz will determine your approximate chance of getting back together with your ex.

Thanks for reading! Until next time!