Want Your Ex Back? Watch My Free How-To Video »
Home > Articles & Videos > Get Your Ex Back > How To Use Covert Jealousy To…

You’re looking to get your ex back by any means necessary.

I’ve developed a stealthy technique that will have your ex rethinking their decision to end things.

They’ll be back in your arms before you know it, if you follow my advice exactly.

What is the Covert Jealousy technique and how can you use it to get your ex back?

How To Make Your Ex Jealous

It’s a sneaky tactic that allows you to safely make your ex a bit jealous, helping to change their mind about breaking up and take you back. So if that’s something that sounds appealing to you, keep reading and to learn more about how to use this powerful and effective technique yourself.

WARNING: Jealousy can be a very useful tool to get a second chance with your ex, but it can also go horribly wrong if you execute this technique improperly or without really knowing what you’re doing. Before you go out and start using this on your ex, be sure to watch my full free video tutorial. In that video, you’ll learn more about the key fundamental principles of winning back your ex, as well as more on how to use jealousy safely without having it backfire on you.

You might think that you already know how jealousy would help you make your ex want you back… it’s as simple as going out and dating someone new, right?

That’s just one small part of my Covert Jealousy technique… because, as I mentioned, subtlety is critical here. That’s where the “Covert” part comes in. There’s also more than one way to make your ex jealous beyond just dating someone new.

The Keys to Using Covert Jealousy

Here are the six keys to using the Covert Jealousy technique properly. Don’t deviate from this method or you’ll risk losing your ex forever.

No Contact is an essential part of a bigger plan to make your ex jealous.

In fact, not only does No Contact help incite jealousy in your ex by itself, but it also makes the other aspects of Covert Jealousy more effective.

You need to “shock” your ex into experiencing what life is like when you’re completely gone, for starters

By completely shutting down all communication for a month or so after breaking up, you also set the stage for using the Covert Jealousy technique.

#2 – Get out there and start living your best life

This is something that a lot of people tend to overlook when it comes to making your ex jealous, but it’s also really important. Your ex isn’t expecting you to really thrive in the weeks and months immediately after breaking up. 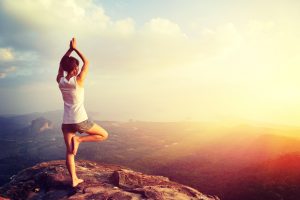 In fact, they’re expecting you to lie around the house feeling sorry for yourself.

That’s why you need to do the exact opposite, and get out there and live life to the fullest.

What does this mean, practically speaking? It means going out and being as social as possible.

It means making new friends, reconnecting with old friends, and joining a club or taking up a new hobby. It means going to the gym and getting fit.

It means kicking ass at work or at school, achieving your goals and really thriving!

As I said previously, this is only part of the Covert Jealousy method, but it’s still an important component.

I know that you probably don’t feel like going on a date with someone new right now, but you need to put yourself out there and start dating again as soon as humanly possible, regardless of whether you actually think it’s going to lead anywhere in the long-term.

Create a Tinder profile, put yourself out there on dating sites, pick up a new hobby where you’re likely to meet new people of the opposite sex… doesn’t really matter how, just go on some dates and have a good time.

Again, it’s not important whether you really feel a connection with whomever you’re seeing casually, it’s just going out and doing it that really matters. In fact, you can even just hang out with friends of the opposite sex, and that can have the same effect.

The more you date, the more your ex will think, “Hey, I used to date this really high-quality individual. Why on Earth did I dump him/her?” So go out on as many dates as you can.

I’m not saying you should sleep with the whole entire world, but make it known that you are highly sought after and that members of the opposite sex want you. In the dating world, this is what we call pre-selection.

Being wanted is desirable to the opposite sex. So mingle and flirt your heart out!

#4 – Leverage social media to communicate things to your ex

Yeah, it’s no secret here… your ex is going to visit your Facebook profile, no matter what. 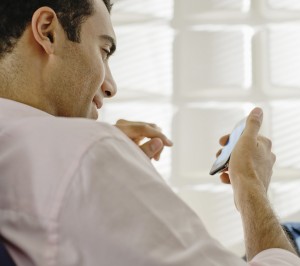 Unless your relationship ended so poorly that he or she has blocked you, you should have absolutely no problem making your ex jealous using social media.

So, post pictures of you doing really fun things that your ex wouldn’t expect you to be doing.

Remember to take some pictures of whatever fun social stuff you’re doing… show your ex you’re popular and that you have a bustling social life.

And just like I mentioned earlier, take pictures of yourself with really attractive members of the opposite sex to show that you’re high value.

Do everything you can to convey to the world that you love life and that you’re happy.

There’s one important caveat to this strategy…

You need to be SUBTLE and not make your underlying intentions obvious to your ex.

That means that you don’t want to post things that are totally out of character for you… so, if you’ve never been very active on social media in the past and you typically only post a photo on Instagram once a year, don’t suddenly start posting one every day.

Instead, maybe start posting once or twice a month, making sure to be subtle about what and how you make the post. 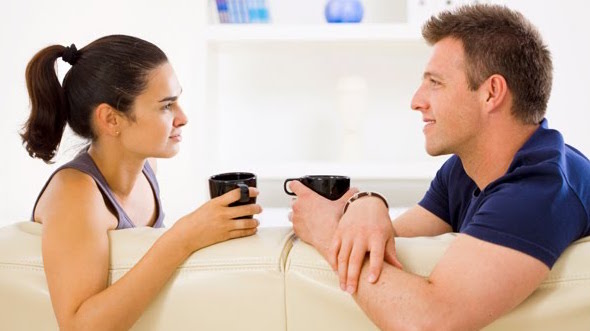 Just remember that you want to convey the message here to your ex in an under-the-radar manner that doesn’t make it obvious you’re actually doing so purely to send him or her a message.

#5 – Use mutual friends to your advantage

Once you tell your mutual friends about all these positive experiences, chances are they’ll run to your ex to tell him or her about the news.

People love to gossip… so you might as well make use of this.

Look, I know this sounds like a lot of manipulation, and maybe you feel fake and disingenuous doing these things, but if you’re subtle and careful about this, then it is a very effective way to make your ex jealous and get them interested in you again.

As I mentioned, be sure you’re not too obvious or overt in doing this, because you don’t want to set off any alarm bells in your ex’s mind and let them know you’re actively doing so to try and win them back.

#6 – Create mystery and curiosity when talking to your ex

This is perhaps one of the most effective parts of the Covert Jealousy tactic, and it’s also one of the least ‘dangerous’ or likely to backfire.

By casually dropping a seemingly innate reference to a new “friend” you’re hanging out with, without giving much detail or further explanation, you can make your ex really wonder what you’ve been up to and what they’re missing out on. It’ll make your ex miss you.

“Hey, taking a friend to the new Avengers movie tonight at that theatre by your house… could I drop by to pick up my sweater on the way?”

You can also achieve the same effect if you’re meeting your ex and chatting with them in person. One way to do that would be to tell an interesting or funny story about something you’ve done since breaking up, and drop a reference to a “new friend” during the story. For example, you could say…

“I went scuba diving with my friend Tom last week, and on our second dive we saw an entire school of dolphins…”

Don’t go into any more detail about who “Tom” is or what your relationship with him or her is… just drop that reference in a natural way during the course of your conversation, and leave it at that.

When you do this effectively, you’ll leave your ex wondering to themselves WHO this new person is and what your relationship with him or her really is… regardless of the truth, they’re going to assume the worst and their mind will be going crazy with wonder.

If you’re struggling to think of a way to do this safely–or if you just want some help crafting a plan to use Covert Jealousy on your ex–I’m happy to learn about the details of your breakup and offer my ongoing guidance as the situation unfolds. Register for my 1-on-1 coaching service and we’ll get started today on coming up with a plan to get your ex back into your arms as quickly as possible. 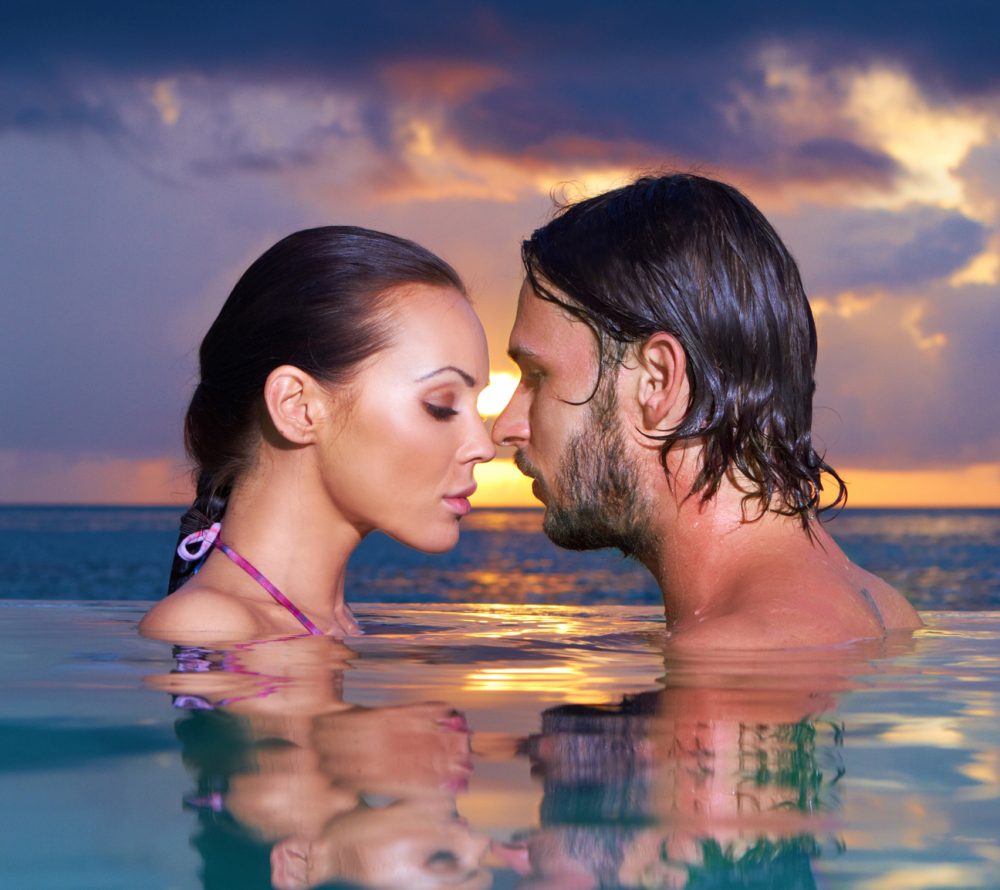