Want Your Ex Back? Watch My Free How-To Video »
Home > Articles & Videos > Get Your Ex Back > How to Use Text Messages to…

So you want to “text your ex back”?

I’ve put together a step-by-step system that will give you a second chance with your ex, just by texting.

I’m going to summarize my complete texting system to get your ex back. Over the years, I’ve tweaked my methodology and made improvements based on the case studies that I’ve conducted with my clients.

This infographic is also based on many years of psychological research. Follow these steps to a tee to have the best chance possible of getting back together with your ex.

Use Text Messages to Get Your Ex Back

So let’s just jump into this 5 step system for texting your ex back.

The whole purpose of this first step is to end the interaction with your ex on, as you guessed it, a good note. No Contact is one of the most vital aspects of my entire system but if you enter No Contact with bad blood between you and your ex, the situation might get worse.

So if you begged, pleaded, or said something mean or awful to your ex, you need to make sure that you don’t leave this bad taste in their mouths before the No Contact phase.

There are a variety of texts you can send during this phase to begin The Good Note Initiative… one of them is what I like to call the “Fresh Start” text.

The key here is to make sure that you apologize for whatever you think you’ve done wrong… and make sure that you end the text in a way that doesn’t force your ex to respond. That means that you absolutely should NOT ask him or her a question. And whatever you do, do NOT respond if your ex texts you back… even if they ask YOU a question. No Contact begins NOW. That means that you should not, under any circumstances, contact your ex for almost any reason.

There are several other ways to begin The Good Note Initiative — for example, another way is to send what I like to call the Blank Slate E-Mail. This e-mail is totally designed to fix whatever negativity was left behind between you and your ex – and sometimes it’s good enough to make your ex want you back. If you want to learn a little bit more about that Blank Slate E-mail, check out my free video presentation right here. It goes into more detail about exactly how to achieve Blank Slate.

Now that you’ve ended the interaction with your ex on a good note, it’s time to engage in step 2… which is something I like to call Operative No Contact.

You may have heard about No Contact in the past, and I still advocate for that generally speaking, but based on my latest research, my most successful clients don’t simply just engage in No Contact; they engage in periphery tactics and behaviours that increase their chances of getting back together with their ex … and texting plays a BIG, BIG role in this.

Roger is a 35 year old navy officer in Canada. One day, Rachael, his girlfriend of 2 years, dumped him completely out of the blue.

He was completely shattered to the point where it was affecting his entire life. 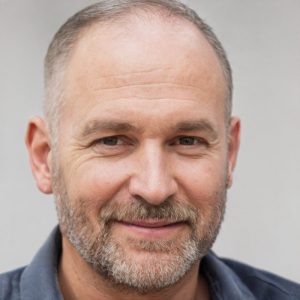 He couldn’t eat, he could barely sleep, and all he could think about was what Rachael was doing and how he was going to get back together with her. Story sound familiar?

Roger signed up for my personal coaching program and told me the whole story. After a few quick emails back and forth, I told him that his energy and motivations were pointing him in the wrong direction… and that he was actually hurting his chances of getting back together with her.

He was trying to come up with grand gestures to get his ex to come back to him – but I told him that if he really wanted his ex back, he should really be focusing in a different direction…on himself.

I told him to think of it this way…your ex broke it off with you for a very specific reason: she lost her attraction to you.

I told him that the only way to get her back was to focus on whatever made her lose that attraction for Roger in the first place and fix it.

Roger told me that before the breakup, he was extremely complacent in the relationship – he stopped pursuing his passions of cooking, playing the violin, and painting.

All he wanted to do, it seemed, was stay at home with Rachael and watch Amazon Prime. He told me that he worked long hours at the base… and that when he came home, he was completely drained. This drove Roger’s girlfriend away and… and I suspected that this was the real reason why she broke up with him.

So instead of wallowing in his sorrow, I told Roger to focus his time and energy on why his ex broke up with him in the first place. I told Roger that NOW is the time to focus on renewing his passions, setting new goals, and living his best life. I told him that once his ex saw his renewed vigor for life, she would begin to miss him…

And low and behold, after using some of the tactics I outlined… she did! She reached out to him and wanted to grab coffee… and I think the rest was history. I haven’t heard from Roger for about a week, but the last time I checked they were back together and happier than ever.

By focusing all of his time and

energy on step 3, self-improvement, he was able to make his ex see what she was missing. And this is something that I’ve seen time and time again — when you focus on becoming the best version of yourself, people begin to feel attraction for you.

But HOW do you use text messages when you shouldn’t be contacting your ex?

You can engage in what I like to call my Covert Jealousy Tactic. Instead of texting your ex… you can text a mutual friend that you both share. But make sure this friend is TRULY neutral. If you’re texting your ex’s best or close friend, it won’t work… because it’ll seem like you’re still trying to be involved in your ex’s life, or that you’re trying to steal your ex’s friend away from them. What you want to do is text a friend that you’re both close equally close to. Let me just jump right into an example to better explain what I mean here…

For the latter text, actually bring a date to step class with you (or whatever activity you want). Once your friend gets wind of what’s going on, he or she will be tempted to blab something to your ex. If your ex gets a whiff that you’re dating around, they will feel a sense of jealousy and loss like they’ve never experienced before! It works like a charm.

But SUBTLY is totally key here. You don’t want to make it obvious to your friend (or your ex) that you’re trying anything sneaky. If they get a sense of what you’re trying to do, you’ll blow it and your ex will probably lose even more attraction for you.

No Contact is your opportunity to engage in a huge self-improvement campaign. Now, this part doesn’t involve much texting… but I can’t disregard this crucial step in your journey to get your ex back.

During this time, it’s easy to feel depressed and do absolutely nothing after you’ve lost someone you love.

Instead, see this time as an opportunity to better yourself and improve your place in life, completely separate from your relationship with your ex. Everyone has areas of their life that make them unhappy. Whether its a little extra weight you want to drop, a lacking social life, or personal goals that you’ve neglected.

Lay out your plan for what you’re going to get done over this month long period. Set specific, measurable goals and think through the steps you’re going to have to undertake to get there. Plan it out, setting daily and weekly goals as necessary.

These little victories will inspire you to keep going and make the time without your ex fly by. Not only that but if you can strive for success, you’ll set yourself up emotionally and mentally in a much better place to re-attract your ex.

This is where texting REALLY comes into play. Usually I suggest to my clients that they wait at least 30 days before contacting their exes… but sometimes, depending on the situation, I suggest a slightly longer Operative No Contact period. Again, if you’re unsure, you can sign up for that coaching program and ask me there.

Anyways, the goal of First Contact is simple… all you want to do is establish positive rapport.

The Help Text is a way of reaching out to your ex with a question or a favor. By having a set reason to contact your ex, you increase the chance that they’ll reply. Chances are your ex wants to talk to you, but part of them knows that it’s not a great idea if they’re trying to move on. The help text gives them an excuse to override that initial hesitance.

The goal here isn’t to try and seduce your ex back into your life, but to simply build friendly rapport and set up a date.

And another thing to remember is that you should be asking about something your ex is passionate about. Remember, people always want to talk about the things that they’re interested in, so keep this in mind when you’re crafting your “First Contact” text message.

When you’re setting up a date with your ex, you need to give off the impression that you’re only interested in being friends.

If your ex explicitly asks you what the meet is all about, you can say that you’re simply wanting a friendly catch up and that’s all.

Once you’ve established contact with your ex and gone out on a date they will be missing you like crazy. All you have to do now is send a few more texts to seal the deal.

Again, for this we are going to re-use some Covert Jealous tactics.

Again, the key here is that you can’t make it obvious that you’re trying to make your ex jealous or that you’re actively seeing anyone else. Right now, you just want to plant a psychological seed in their brain that you’re indeed being pursued by other men or women.

Of course, you’re going to have to play it by ear. Depending on where you’re at with your ex, this text might be a little inappropriate.

If you’re already close to sealing the deal with your ex, the thought of you dating around might be a huge turn off to them so make sure you think these things through before you send a text message like this.

If you do it right and your ex gets wind of how highly sought after you are, they’ll come running back… I guarantee it!