Want Your Ex Back? Watch My Free How-To Video »
Home > Articles & Videos > Get Your Ex Back > 5 RIDICULOUS Ways To Get An…

In the 12 years I’ve been a breakup coach, I’ve worked with tens of thousands of clients and let me tell you, sometimes people do crazy, crazy stuff to try and get back together with their ex. Most of the time these methods flop but sometimes they  work like magic.

The Craziest Methods To Get Your Ex Back

These methods are not for the faint of heart, but just because they’re risky, it doesn’t mean they’re necessarily the right move. Especially this first one…

I’ll get to the crazy tactics that actually DO work to get your ex back in a second, but let’s start with one that won’t ever be effective. And that is to use MAGIC SPELLS.

Maybe you’ve seen online ads promoting “magic spell casters” who will “cast an ancient love spell on your ex” that will make them suddenly take you back.

In fact, you might even have seen spammers promoting this kind of garbage in the comments section on my past YouTube videos before I was able to delete them.

If it’s not already obvious, this kind of crap is a complete scam. Now, as a disclaimer, I don’t have any issue if you’re into mystical stuff or astrology or even psychic readings… as long as you know it’s just for fun.

I do, however, get very irritated seeing how many people fork over their hard earned money to someone online promising they can use magic to make your ex come running back. There’s no such thing as a love spell or a psychic mind-reader.

Anyone who promises they can use magic, or psychic healing powers or whatever, to help you get your ex back is just scamming you out of your hard-earned money.

There’s no magic when it comes to getting a second chance with your ex.

Once in a while, the proven techniques and strategies that I teach in my program and here on YouTube actually DO work like magic… but they still require you to put in the work, avoid making mistakes, and have a bit of patience.

Only you, through your actions and how you handle the breakup, can make your ex come back… magic spells are a ridiculous scam, and that’s why this is the first absurd tactic in my list.

The next bonkers way to get your ex back, however, actually does work…

Crazy Tactic #2: Creating A Reason To Visit Your Ex

This one is more niche as it applies mostly to long-distance relationships, but it is pretty absurd and it actually has worked shockingly well for 2 of my coaching clients in the past year. If you want your ex back and they live in another city, pay special attention to this one.

Now, this crazy tactic involves creating a totally legitimate reason to travel to wherever your ex is living so you can see them in person…. Without any fear of looking desperate, pathetic, or stalker-ish.

If you and your ex are long distance, as is the case for a portion of my coaching clients, you will often need to see them in person to truly change their mind about breaking up and decide they want you back.

Unfortunately, jumping on a plane to travel 1000 miles just to see your ex is almost always a terrible move that will destroy your chances of ever getting them back.

It’s desperate, needy, creepy and sends the complete opposite message to what you want your ex to be thinking. So how do you make it look like your trip is for some other real, believable reason?

For one past client of mine — we’ll call him Jim — this was the exact situation he was facing with his ex “Jenny”. Their relationship of 3 years ended 2 weeks prior in large part because Jim was living in Canada for work while Jenny was a graduate student in a big city in Texas.

We were confident Jim could get her back if he had a chance to charm her in person, we also knew he had no other friends or family there besides Jenny. Suddenly showing up there would be a horrible idea. But I had an idea.

I knew Jim was in the tech industry. I told him to see if there were any big tech conferences coming up in Jenny’s city. Guess what? A major annual tech event was happening a few miles from Jenny’s apartment starting in a couple of weeks. 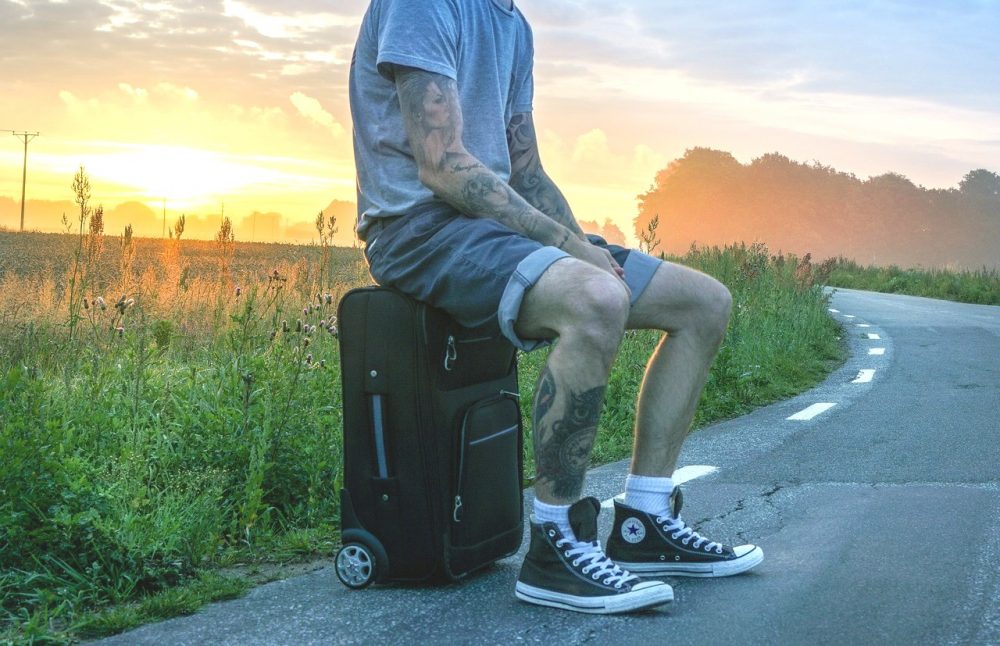 Jimmy looked into it and discovered his favourite author – who he’d told Jenny about many times in the past – was speaking at this year’s conference.

It was a lucky break for Jim, because it gave him an absolutely perfect excuse – a totally legitimate one – to fly down and attend the conference and “casually reach out to Jenny to see if she wanted to grab a coffee and catch up”.

This story even has a fairytale ending as they did end up getting back together a few weeks after that. My favorite part is that Jim even convinced his employer to pay for his trip to attend the conference.

Obviously Jim got lucky, and it’s not always that easy or simple… but believe it or not, a very similar strategy actually just worked again for another recent coaching client of mine, so it’s now worked twice.

It’s a crazy and elaborate way to get your ex back, and it CAN work… but I think the takeaway is more that you sometimes need to get creative and think outside the box to make your ex realize that they need you back.

The next absurd tactic in my list is… far far less effective.

Crazy Tactic #3: Hire an airplane to tow a banner with a message for your ex.

I’m not joking, folks. This actually happened… or at least, I worked with a gentleman 6 or 7 years ago who did this. He paid over $1000 to hire a pilot and plane to tow a big banner that said “I’m sorry Sandra. Love Bob” around in circles over his ex’s house.

This has gotta be one of the craziest things I’ve seen someone do, and of course it’s a catastrophically bad idea that surely made this guy’s ex even more certain she should never speak to him again.

It’s funny, but also pathetic and kind of sad… I unfortunately I have no idea what happened in Jim’s case but I’d wager my life savings that his ex was horrified and his friends and family thought he’d lost his mind.

VERDICT: Not Effective and Downright Sad

Truly this is a ridiculous and terrible way to get your ex back. The next one in my list is nearly as absurd, but actually works extremely well.

Many of my clients’ breakups are… gradual. They don’t happen in one conversation where their ex just says “I want to break up” and that’s the end of it. Sometimes, it’s a situation that unfolds over several days or even weeks.

It starts with one or both partners expressing discontent, bringing up the idea that maybe things aren’t working or questioning whether they have a future together… maybe you take a “break” from the relationship to “figure things out” or there’s drama and ongoing serious talks about the relationship.

Often, this ends with one person finally caving in and saying they think they want to break up. Tears are shed, but they’ll typically stay firm on the breakup, and it’s officially over. 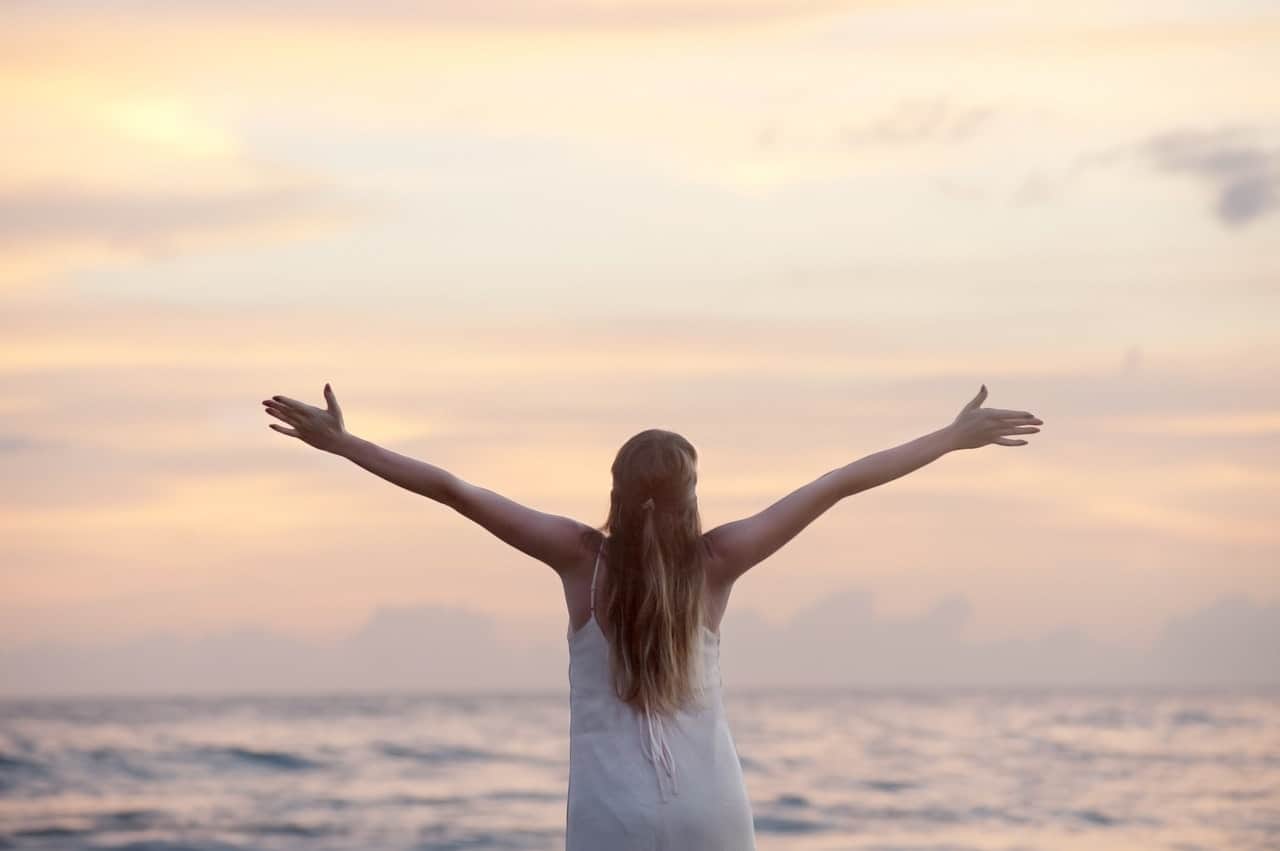 In that type of common situation, when you and your ex live together, there’s a crazy-sounding way to quickly reverse things and change your ex’s mind: by immediately moving out of your shared home.

Like, within hours or a few days at most from when your ex officially ends things. The sooner the better, and you can just take your essentials and personal items initially – pack up the car and drive to a friend’s house and stay on their couch for now.

This should be a polite, undramatic exit where you say “I understand, I am sorry you don’t feel we can work things out but I respect your wishes so I’ll grab my things and stay at my parent’s.”

Then you cut off contact with your ex completely. You live at a friend’s or wherever you can crash temporarily and try to continue living life normally; staying busy and waiting for your ex to reach out. And believe it or not, this tactic – when done correctly – almost ALWAYS works.

In 99% of cases, your ex will reach out within days, asking you to “come over and talk” or sometimes they’ll even break down and beg for you to come back.

It sounds totally crazy, but for situations like this, immediately and completely vanishing from your ex’s life is so shocking and sudden that it forces them to panic and change their mind.

Whether things work out in the long term is less certain, but this crazy tactic has almost always worked incredibly well for my clients in the past.

I saved the most bonkers one for last… and as you may have guessed, this is a shockingly BAD idea and in addition to destroying any chance with your ex it may also be illegal.

But yeah… I do know of at least 2 people who tried to blackmail their ex into taking them back. Thankfully, neither were clients of mine, both of them were just YouTube followers who emailed me looking for help and shared their stories…. sure wish they’d reached out for help BEFORE they decided to blackmail their ex, but they did not.

The first was from a guy who went to the same church as his ex, and he threatened to tell everyone at their church that they’d had premarital sex if she didn’t agree to take him back.

RELATED: Using The No Contact Strategy To Get Your Ex Back

He claimed she would’ve been kicked out of the church for it, but thankfully she didn’t cave in and he wasn’t stupid enough to actually follow through… at least not when he emailed me his story. Still, a crazy bonehead idea that obviously killed his chance of ever speaking to her again.

The second case was a woman who threatened to share nude photos of her ex because she thought it would convince them to get back together.

She said in her email that she had just sent this threat to her ex and I never heard from her again, so here’s hoping she didn’t end up in jail… but I assure you she never got her ex back.

VERDICT: Not Effective and Potentially Illegal

If you’re looking to get back with your ex, make the smart decision and sign up for my one-on-one coaching, instead of blackmailing your ex or popping out of a cake at their birthday.