Want Your Ex Back? Watch My Free How-To Video »
Home > Articles & Videos > Get Your Ex Back > Signs Your Ex Boyfriend Wants…

Wondering if your ex boyfriend wants you back?

Is he warm and friendly one moment then cold and distant the next?

Struggling to understand his mixed signals?

In this article, I’ll discuss the most common signals ex boyfriends send and what they mean. By the end of this article, you should have a better idea of whether your ex boyfriend actually still cares about you (or if he’s just fibbing and playing games).

Top Signs Your Ex Boyfriend Wants You Back

Before I get into this list of signs, did you know that I have a free quiz tool that actually tackles this exact issue? This science-based quiz only takes about 6 minutes to complete. It will ask you a few simple questions regarding your relationship, and by the end of it, it will determine your approximate chances of you getting back with your ex boyfriend. Pretty cool, huh? This quiz took me several years to develop, so it’s generally pretty accurate! 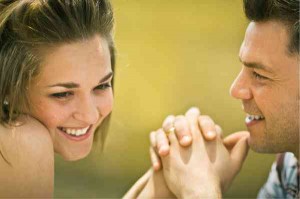 1.)  Your ex boyfriend still flirts with you.

If your ex boyfriend is flirting with you, then there’s a good chance that your ex is still sexually attracted to you. He isn’t doing it just for fun or to “mess with you”. If he’s flirting, it means that he still wants to get down and dirty with you.

So what constitutes flirting, you ask? Well, if he’s sending you winky emoticons, if he still touches you when you’re together, or if he’s making funny sexual innuendos, then it’s pretty obvious that he still wants to have a late night rumble with you. However, flirting can be even more subtle – if he looks at you and holds eye contact for no reason, or if he’s always physically close to you, then those are also signs that he’s flirting with you.

2.)  He communicates with you… often.

If you’ve followed my YouTube channel and advice columns all over the Internet, then you’ll know that having a “No Contact” period is a very important aspect of getting your ex boyfriend to come back to you. During this time, it’s highly likely that your ex boyfriend will attempt to communicate with you. If this does occur, it means that he’s thinking about you… and that he might even miss you.

RELATED: The Top Three Texts To Re-Attract Your Ex

And this almost goes without saying, but if he’s communicating with you and asking you to meet up, then that’s an obvious sign that he still cares about you.

If this happens and he does try to communicate with you, remember the rules of my No Contact period. For more information on this technique, please watch the full-length video on my website.

This is actually one of the most powerful signals that your ex boyfriend is still in love with you (or is at least interested in getting back together with you).

So if you’re hanging out with another guy and he begins getting angry or depressed, then he’s probably jealous! The best thing to do is ignore his jealousy. You don’t want to start an argument with him or it will push him further away.

Jealousy may seem like a negative reaction to this situation, but it isn’t–it’s actually worse when a guy ignores you completely. So keep this in mind moving forward!

4.)  He talks to mutual friends about you.

Do you have any close, mutual friends that you trust (and who are willing to do a bit of detective work)? You can do a bit of investigative work and see if your ex boyfriend talks about you with your mutual friends. Be careful though, because you don’t want him finding out that you’re snooping around. If he does find out, he’ll know that you’re interested in him again, and your chances of getting him back may diminish.

Again, if you want to take the free quiz to figure out your chances of getting your ex boyfriend back, then head over to this page. It’s free and it only takes about 5 minutes to complete.

Best of luck to you!